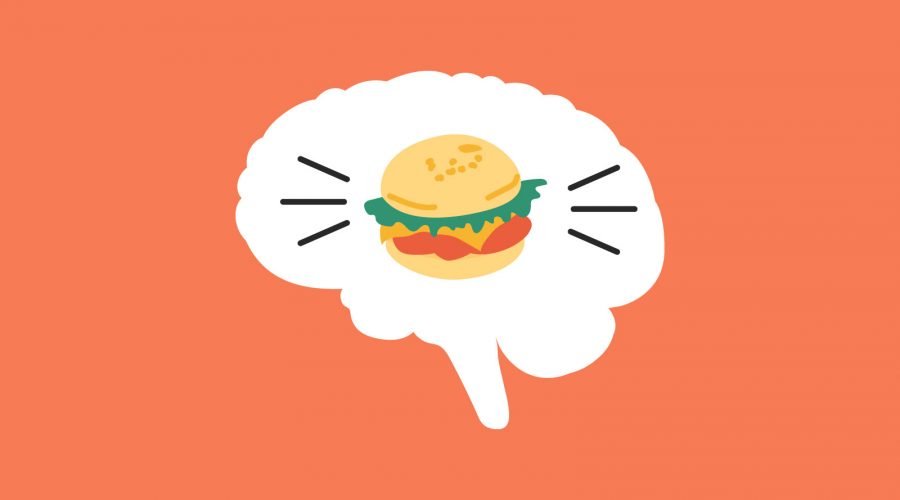 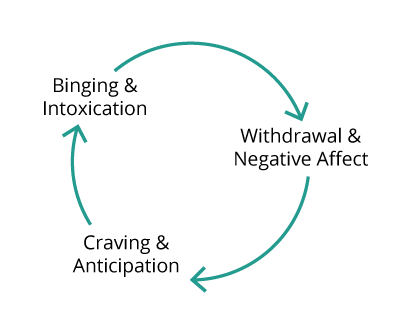 Behavior in response to certain foods, for some individuals, resembles the compulsiveness of drug addictions (Volkow et al., 2013; Shriner & Gold, 2014). Similarities between overeating and addiction include the following:

The addictive-like behavior of excessive eating is cyclical as is drug addiction behavior:

This leads back to step 1, repeating an indulgence in high sugar and high fat foods, and then continues in cyclical pattern.

Which Foods Are Most Addictive?

Foods and food attributes that are implicated in addictive-like eating were identified in research with 120 undergraduates identified (Schulte et al, 2015). Foods at the top of the list were:

How Can The Cycle Of Food Addiction Be Broken?

Common approaches to treatment of addiction and obesity are being explored, both pharmacological and behavioral. For example, naltrexone, a drug used to counteract the effects of opioids, is one component of the FDA-approved weight-loss medication Contrave® (FDA, 2017). Furthermore, approaches to counseling that are effective for addiction, such as Motivational Interviewing, have been shown to be effective for treating obesity (DiLillo & West, 2011).

Pharmacological treatments may help break the addiction-like cycle, or at least decrease it enough so that patients can experience more success in weight loss. Some medications affect the reward center and others work on appetite-regulating hormones.

It may be better to make slow, periodic changes rather than sudden abstinence (Shriner & Gold, 2014). The sudden removal of a food source from the patient’s usual diet may trigger binge-eating in compensation, which has an overall negative effect on weight loss.

Want to keep up to date on Impact Obesity developments? Enter your information below and we’ll let you know when we have new products, open research studies, and what we’re working on for the future.